I've spent the last year, maybe two building this car for someone and it even managed to get sold between when I started and when I finished. I'll post some of the relevant highlights as well as some pics of the fab on the TB's and maybe an msq if I get it off my beater laptop.

MS V2.2 by me
ABA wiring harness, cut up with some things deleted 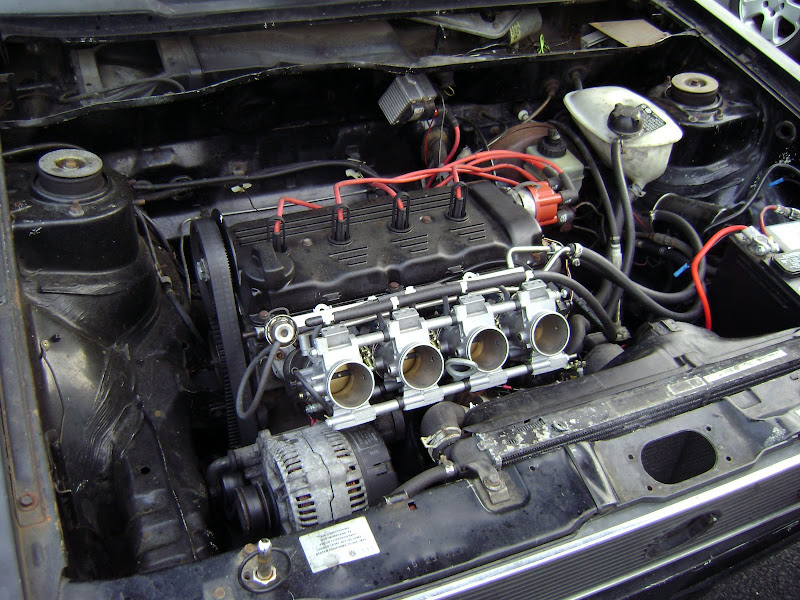 For the TB's the goal was to not have to weld anything as I didn't want to bother with it or farm it out. To get the throttles to actuate each other when spaced out, I just bent the tabs. It worked out very well once I got them all right. 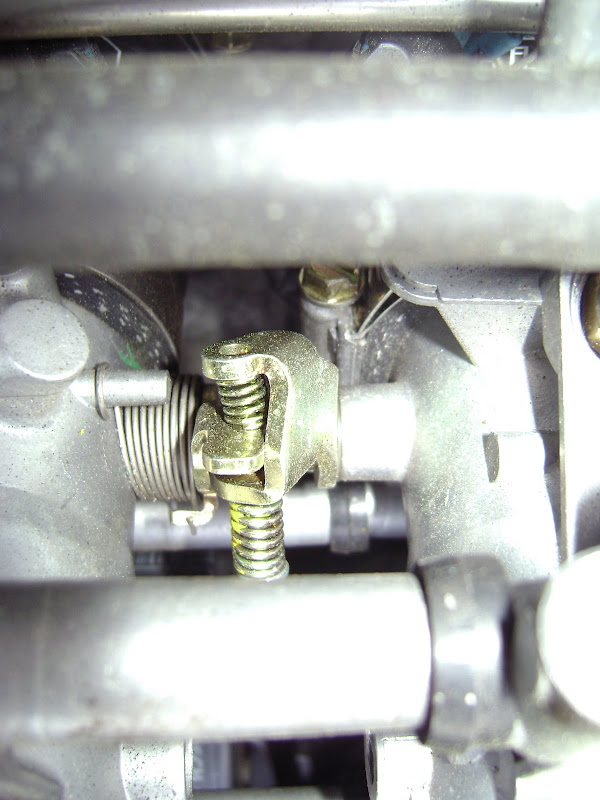 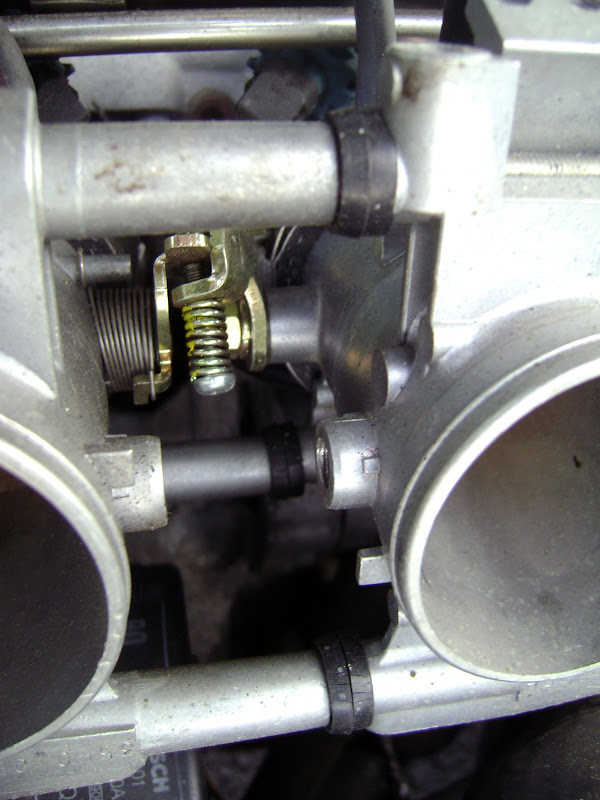 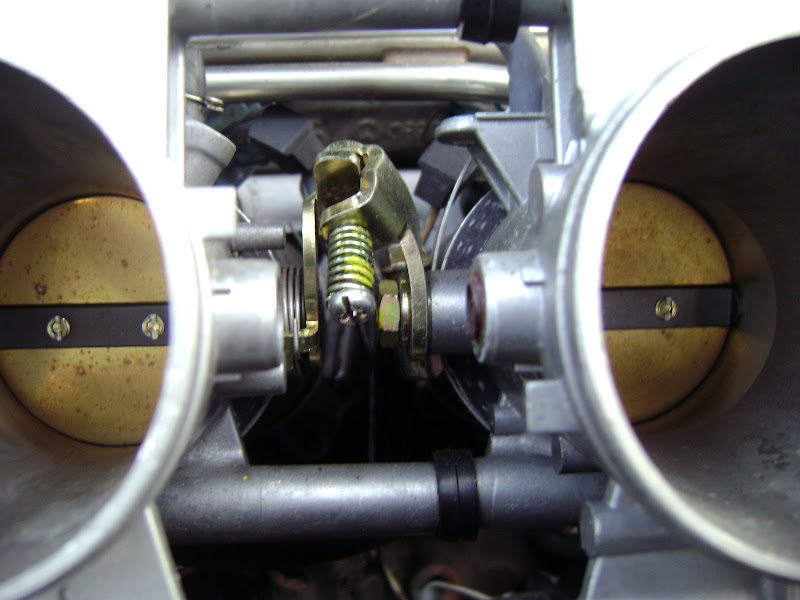 You can also see the plumbing washers in those pics that I used to space the TB's out from each other to match the manifold.

Here you can see the 2" silicone coupler 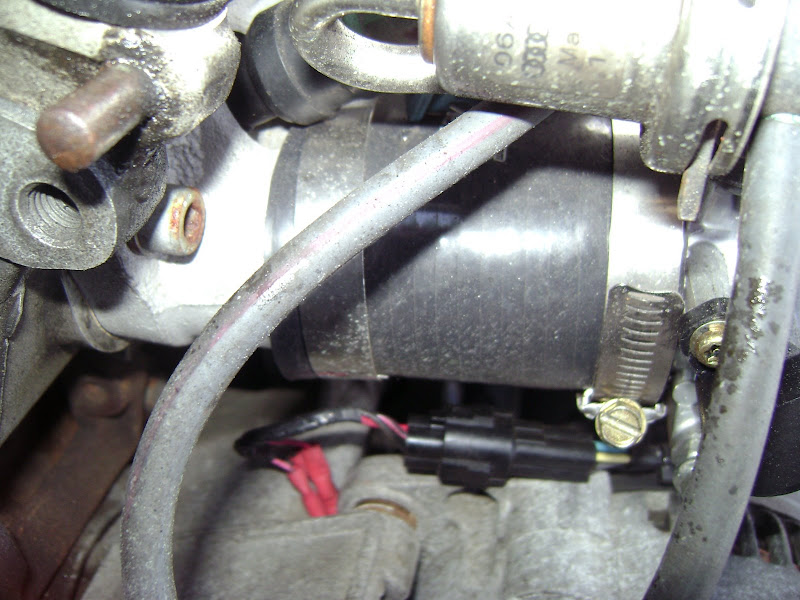 Throttle bracket and cable from a Mk3 2L, the bracket is the stock GSXR one just bent a million times to work. Again, no welding: 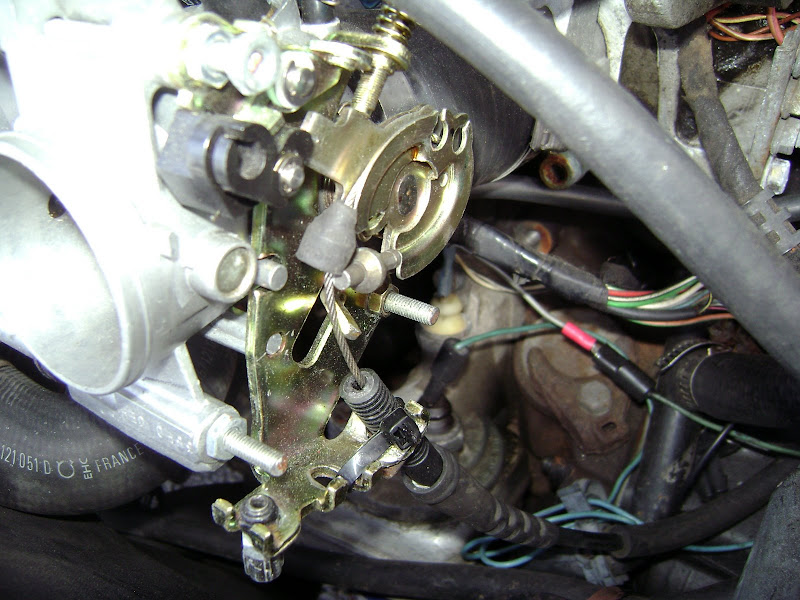 Some pics of the vacuum log, I tapped the injector holes for 1/8NPT for plugs originally but not having power brakes was a bit scary in this car. I ended up getting some 1/8NPT to 1/4" hose barb fittings to do this: 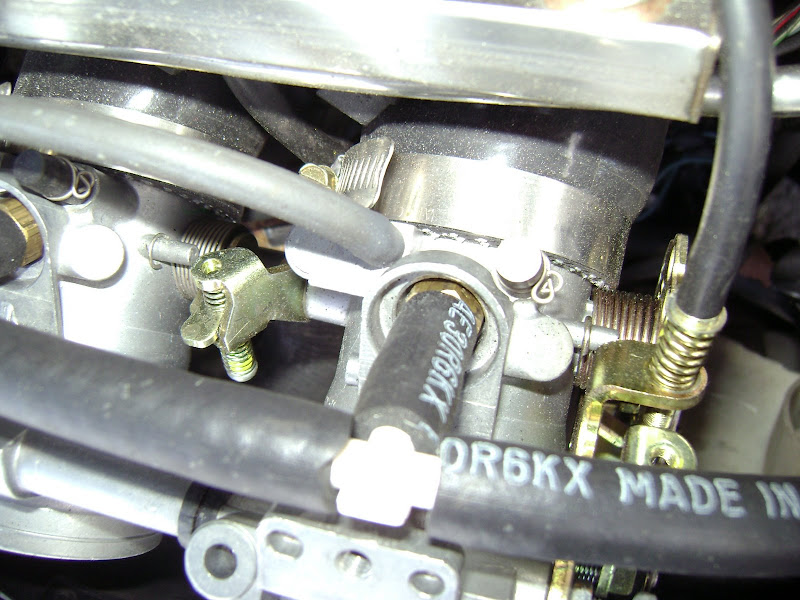 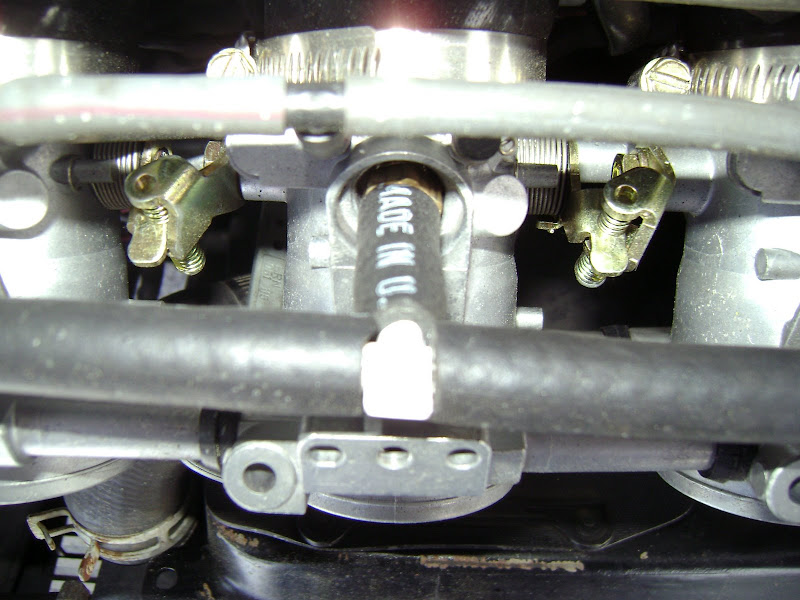 Here is one of the plugs for the secondary throttle shaft, I believe I tapped it for M10x1.25 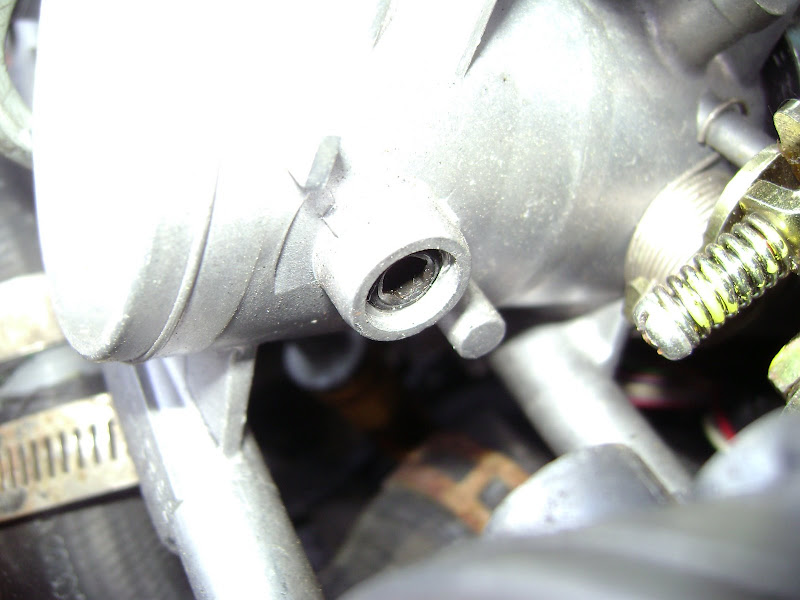 Stock transverse 1.8t fuel rail no holding brackets but I used slightly oversized american orings on the lower injector spots so it's pretty wedged in there: 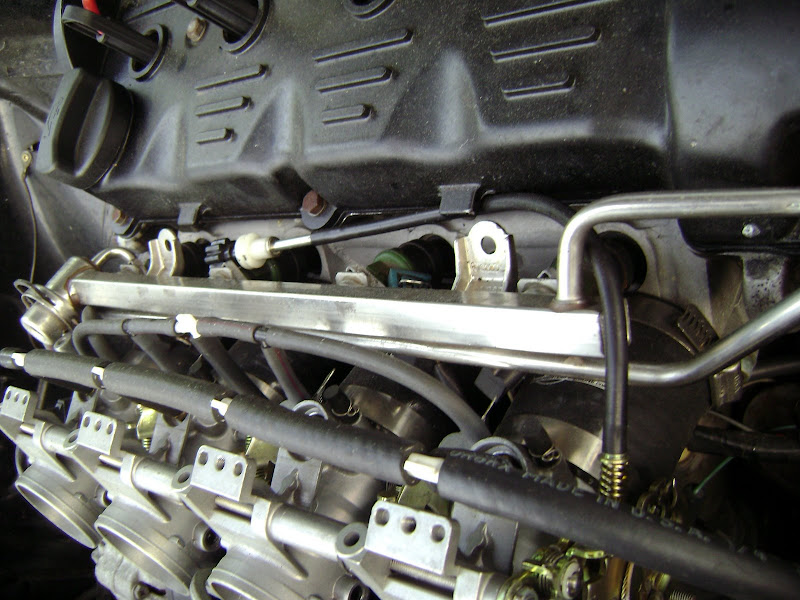 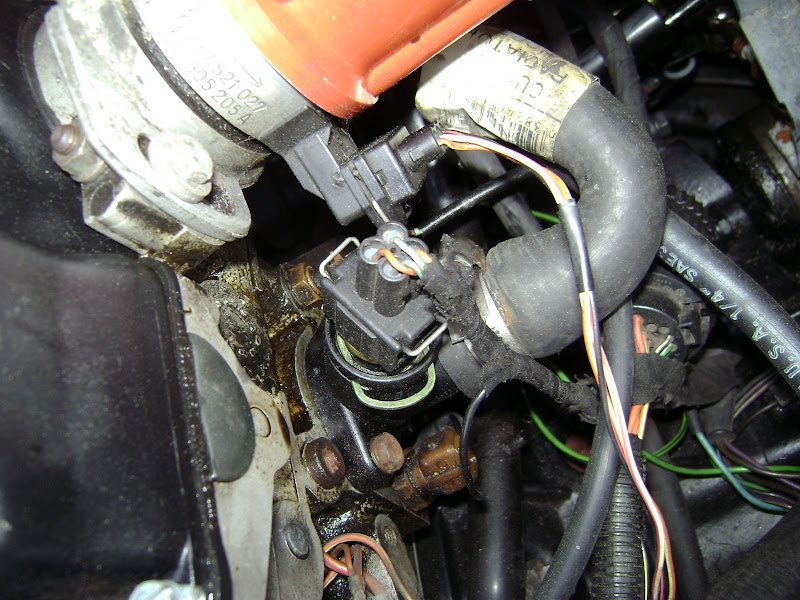 VR6 coil with no amp: 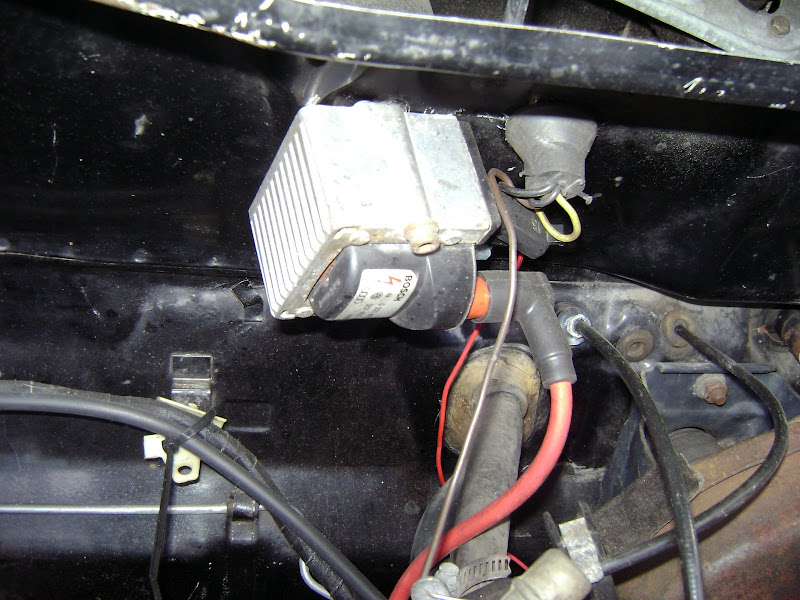 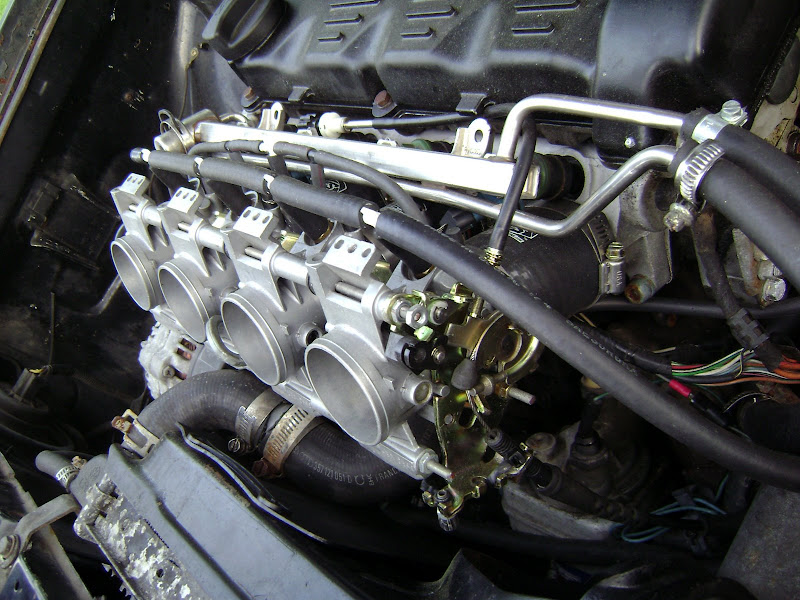 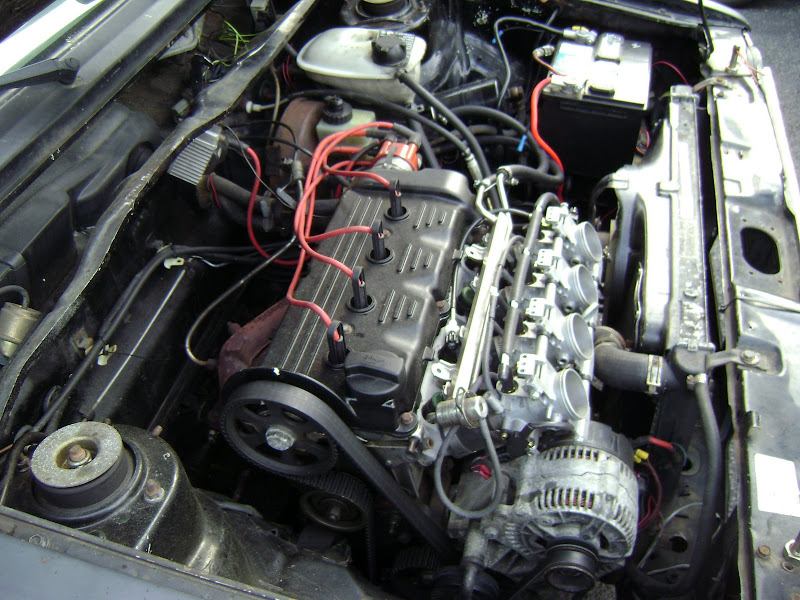 Serp setup, you can see the tps wiring splice into the stock ABA wiring harness as well as the fpr vac line setup: 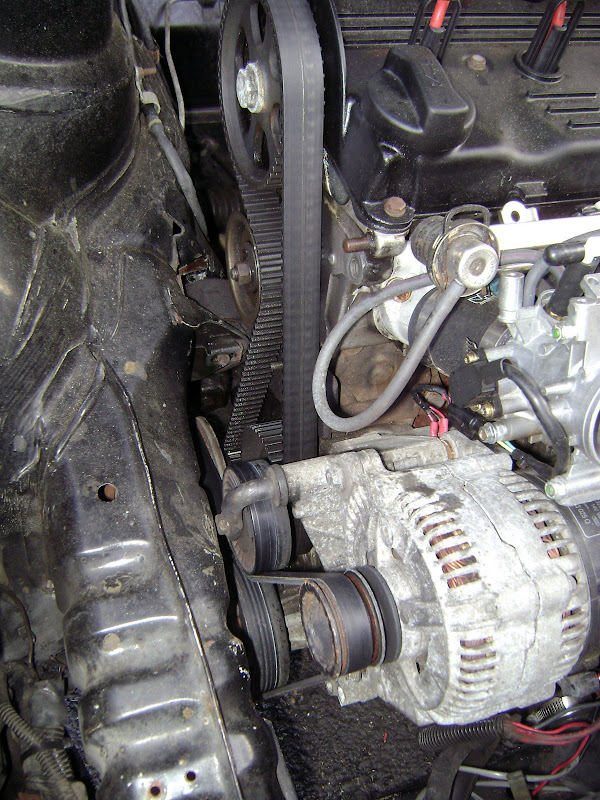 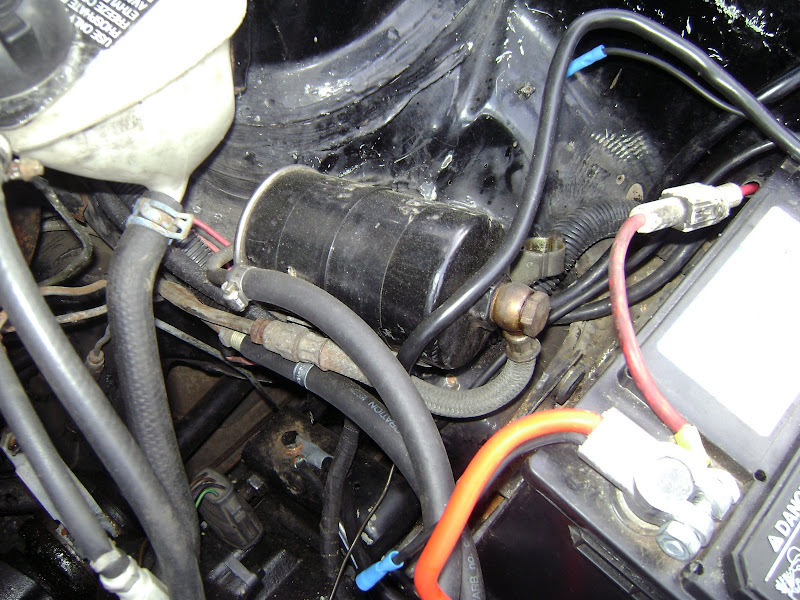 It sucks in birds, honest: 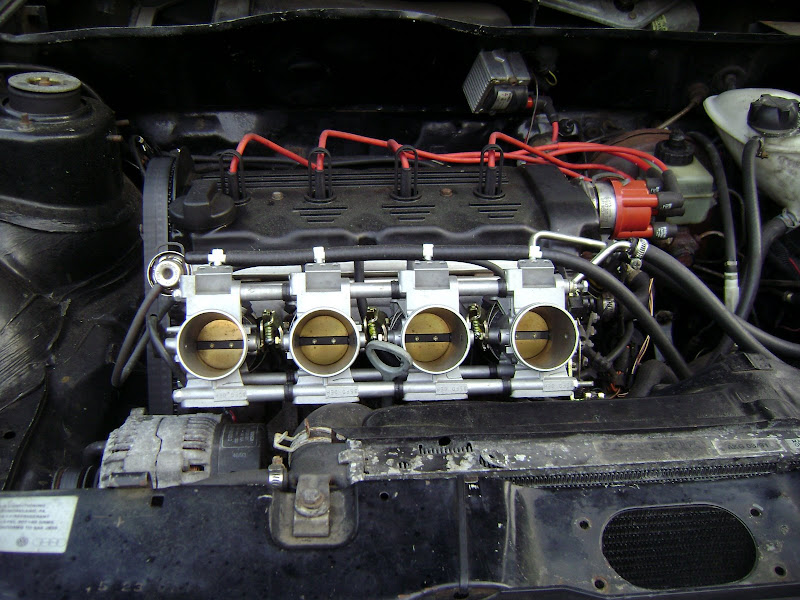 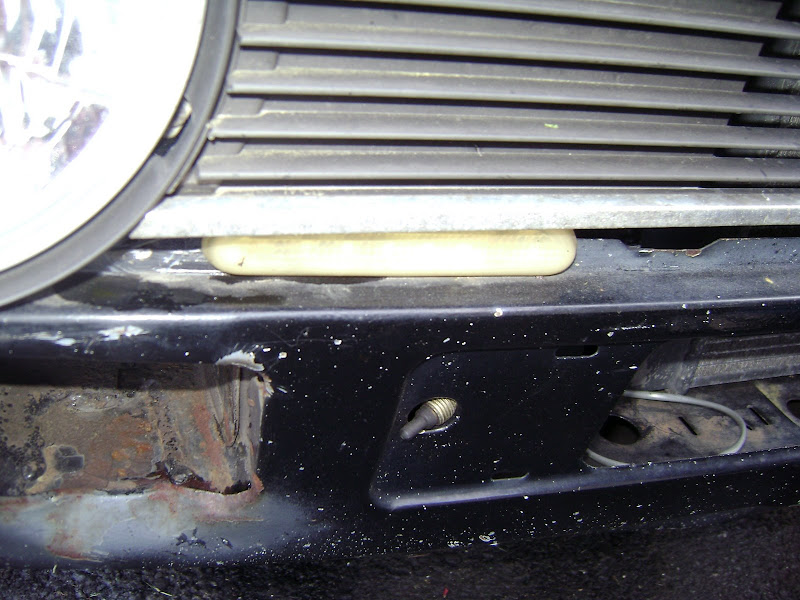 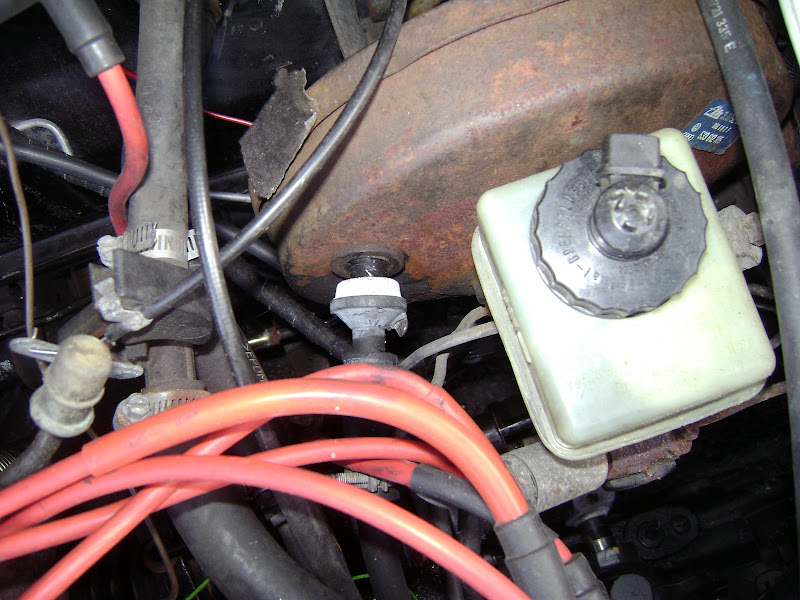 The bucket it's in: 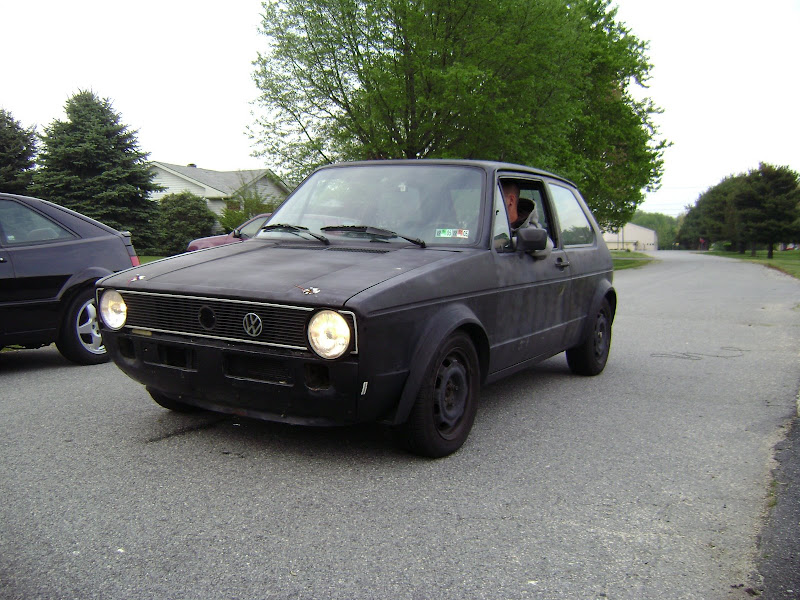 The car is running on MSnS-E 029Y4 with an Innovate LC1 doing full wideband control. This car idles at 38kpa so it's still on Speed-Density, and the first car ITB that I've done where it works alright. I do have to use rpm based accel for it though so it doesn't go too lean jumping to 100kpa at low loads.

For a pretty stock motor it pulls well it'll be better once I throw some cams in there for the owner and he sorts the suspension out a bit more and gets some not crap rubber on it. Filters wouldn't be a bad idea, nor would be longer stacks for it.

All in all it was a fun project to do but took way longer then I ever thought it would. The engine I was supplied was way overheated and the head was warped and had a cracked exhaust valve. Put another one on but by that time I ran into every starter problem known to man, but finally a known good Mk2 unit saved the day. Tuning was cake, probably only about 3hrs into it total, mostly just datalogging and tweaking form the logs. Doing accel by myself was something that I'll never do again, I need a driver.

Paul_VR6 wrote:Some pics of the vacuum log, I tapped the injector holes for 1/8NPT for plugs originally but not having power brakes was a bit scary in this car. I ended up getting some 1/8NPT to 1/4" hose barb fittings to do this:

This car idles at 38kpa so it's still on Speed-Density, and the first car ITB that I've done where it works alright.

seems your big power brake 1/4" hose barb will equal the vacuum behind the throttle bodies.

seems you have just 1 big plennum now, with a 4 valve intake..

i would stay on SD, it even works good for me, with a 70kpa on idle
Top

Nice, it's very very close than mine!

Here is the french version of mine. http://www.vwquebec.ca/forum/showthread.php?t=225814 I run my car since 2003. The last winter was to built an ABA-16V
I hope to put that engine in a Rabbit ;)
Top

Hey paul i now own this motor got a new harness from diy .now laptop not reading ms and not gettin spark any advice
Top
Post Reply
6 posts • Page 1 of 1